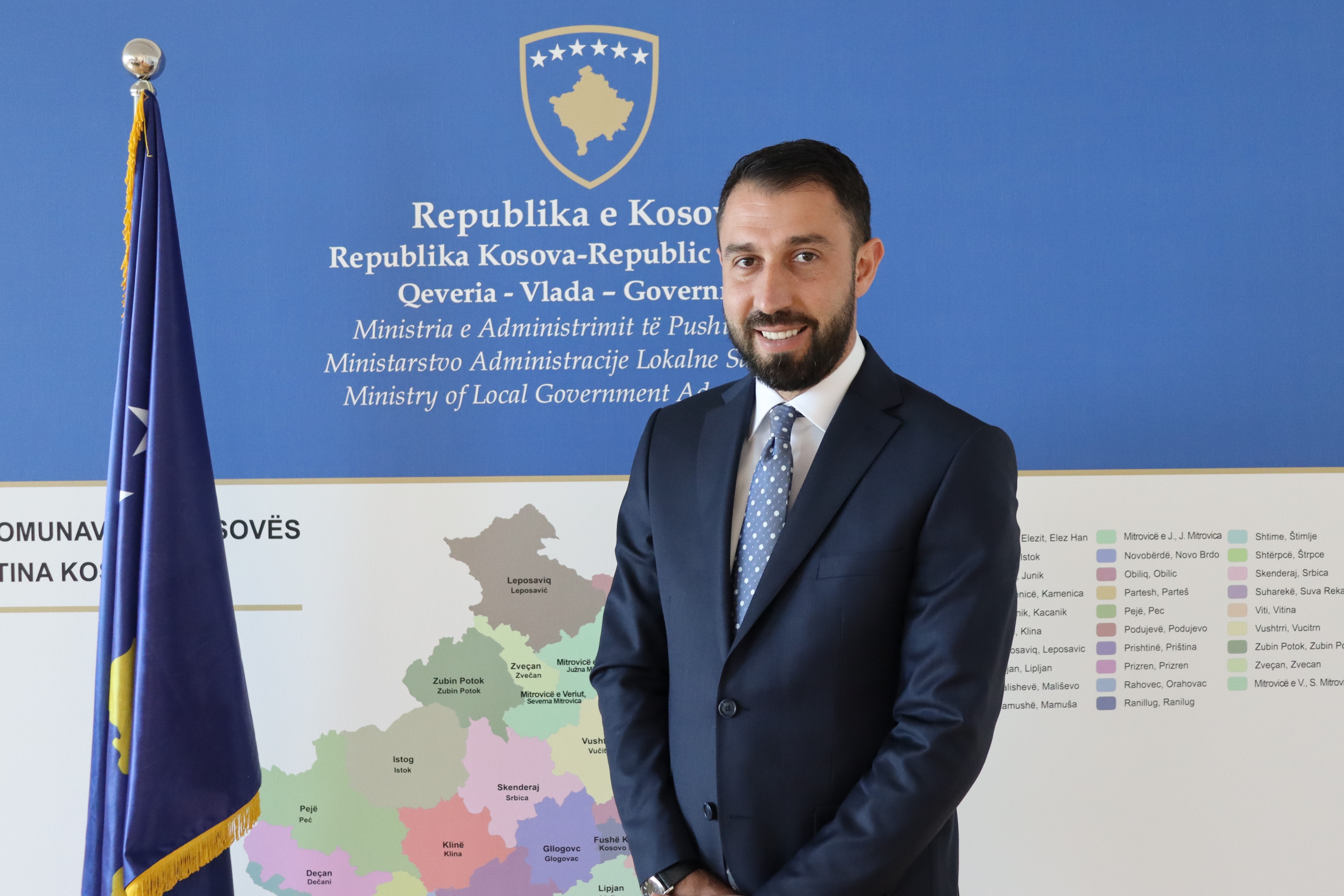 ELBERT KRASNIQI
Minister of the Ministry of Local Government Administration

Mr. Elbert Krasniqi, as of March 2021, holds the position of Minister of the Ministry of Local Government Administration of the Republic of Kosovo.

Elbert Krasniqi was born in Peja, on September 22, 1986. During the years 2007 – 2019, he was engaged in various international organizations such as Ass. Trentino con i Balcani in the function of legal representative and director of the office for Kosovo and the Balkans. In 2011 was selected a delegate in the Agency for Local Democracy in Kosovo, part of the network of the Association of Local Democracy Agencies – ALDA Europe.

During the years 2018 – 2019, Mr. Krasniqi has also served as a president of the Balkan Network for Local Democracy. He was one of the contributors in the promotion and implementation of regional and international projects.

In the period 2014-2016, Mr. Krasniqi has exercised the function of the deputy chairman in the Municipal Assembly of Peja.

After many years of political engagement in the ranks of the Party – the New Democratic Initiative of Kosovo (IRDK), in 2017, he was elected president of this party. In the parliamentary elections of 2019, Mr. Krasniqi won the mandate of Member of Parliament of the Republic of Kosovo. Currently within the parliament, he exercises his political activity within the Parliamentary Group of the Vetëvendosje Movement. As an MP, he has been part of the Committee on Economy, Employment, Trade, Industry, Entrepreneurship and Strategic Investments.

Mr. Krasniqi finished his high school in Peja. Whereas he completed his studies at the Faculty of Law in Prishtina and continued the master studies in the field of diplomacy in Skopje.

He is married and has two children.