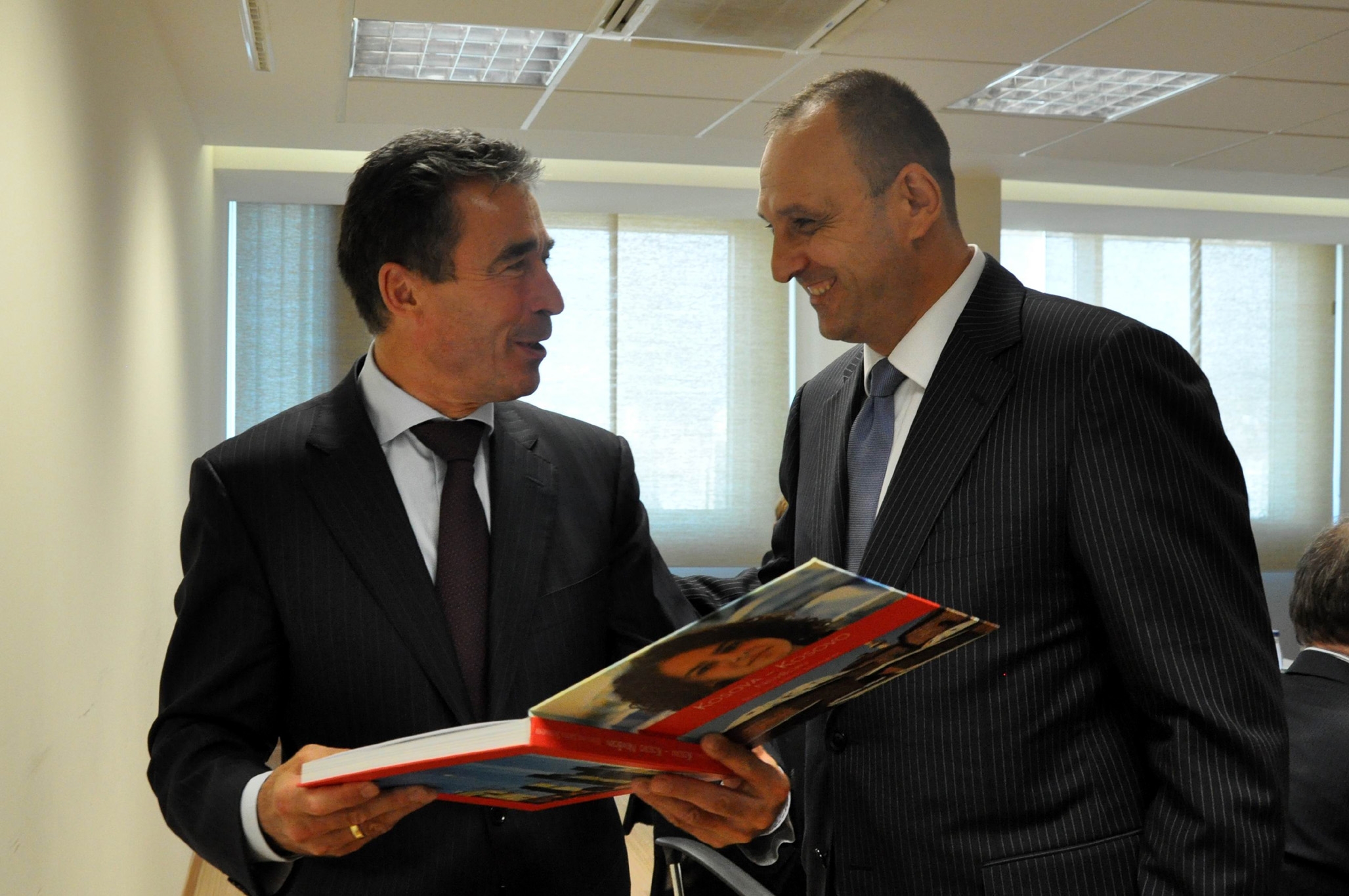 The Deputy Prime Minister Slobodan Petrovic has met today with the NATO Secretary General Anders Fogh Rasmussen. In this constructive meeting, it was discussed about Kosovo, with a focus on the north.

The Deputy Prime Minister has thanked Mr. Rasmussen for a very pro-active role of KFOR in Kosovo, especially in developing good relations with all communities in Kosovo. Mr. Petrovic has said that solving of the situation and respecting of the agreement between Belgrade and Prishtinë/Priština recahed in the final round in Brussels can be achieved only in a peaceful way.

Also, he emphasized the decentralization process as the only possible process that may reduce tensions and provide opportunities for all citizens in the north.

"The visit of senior officials from the NATO Alliance is encouraging and gives a clear signal that the international community is very involved in the current process in Kosovo and this is the only way to overcome the crisis in the north of Kosovo," has said Petrovic in a meeting with Secretary General, Rasmussen.

On the other hand, Mr. Rasmussen welcomed the role of the Deputy Prime Minister and the political party that he represents in institutions, and believes that the only way to create peace and stability is through integration of all citizens in the Kosovo institutions and protection of minority rights.

"KFOR has a key role in creating peace and stability in Kosovo. The goal of our mission is to provide peace, “Rasmussen has said.

He added that it is a challenge to apply the agreement of September 2 between Belgrade and Prishtinë/Priština and hopes that there will be no negative reactions.