MLGA supports the advancement of the health sector in Kosova 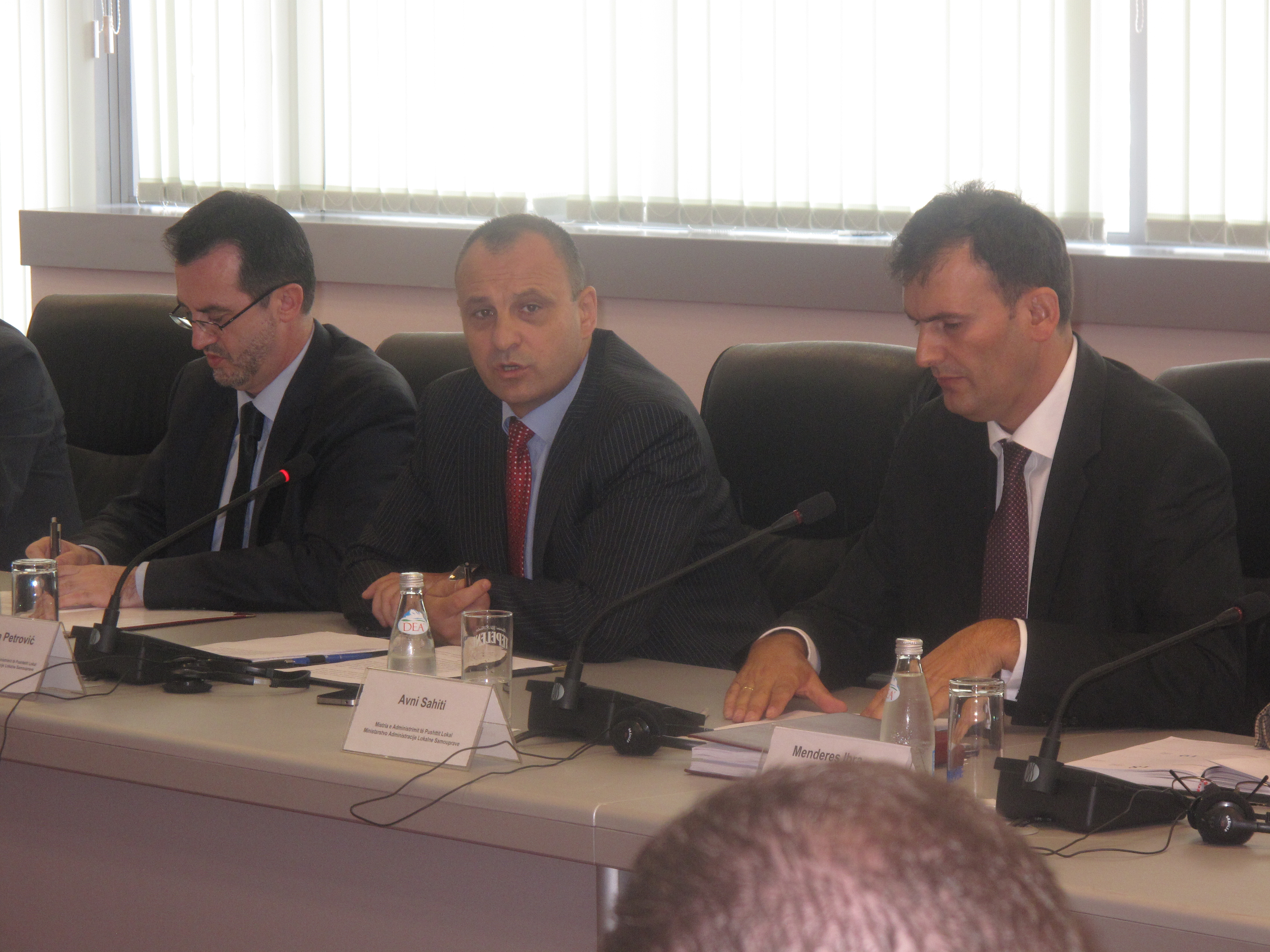 16 September 2011
Minister Petrovic: “Addressing and solution of issues in the field of health is of special interest to the citizens of Kosova”

Minister Petrovic: “Addressing and solution of issues in the field of health is of special interest to the citizens of Kosova”

While evaluating the synchronization of activities between the line ministries, Mayors and international partners, as an important tool for the achievement of best results, the Deputy Prime Minister and Minister of Local Government Administration, Slobodan Petrovic has expressed his readiness to ensure, through an increased energy, the achievement of joint objectives related to the increase of the quality of services for all citizens.

The Deputy Prime Minister has said “In spite of the progress achieved from some line ministries, it is necessary to take a number of measures to support obligations and duties of new municipalities, in increasing the capacities, in order to be able to offer better services to the citizens”.

Furthermore, the Minister of Health, Mr. Ferid Agani in its presentation has reflected the existing situation in the health sector in Kosova, while explaining the priorities of the Government of Kosova in relation to the health reform, which according to him can be realized only through a close cooperation of all relevant stakeholders in this process.

On the other side, the representatives of municipalities that were present in this meeting have expressed some of the challenges and concrete difficulties that they are facing, particularly emphasizing the financial issues, health staff as well lack of accompanying necessary facilities, which remain main existing difficulties.

At the end of the meeting in which senior representatives of ICO, World Health Organization and Ministry of Health were present, the institutions of Kosova have shown the readiness to support the health sector in Kosova in full coordination with the international relevant partners.

Both ministers have affirmed that the issues that were addressed in this meeting and those that will be addressed in the future will be part of further engagements, aiming towards facilitation of functioning of the local authorities in municipalities and improvement of services for all citizens in Kosova.